Who protects the Queen? A Look into the Royal Guards

Are you ready to witness a 400 year old tradition right before your very eyes?

Elite soldiers have guarded the King or Queen since the reign of Henry VII who made the Royal Bodyguard a permanent institution which has spanned over 520 years of history. Guards Regiments were formed to provide a personal bodyguard for the Sovereign with the first Guards raised in 1656 to protect the exiled King Charles II. Comprised of highly-trained officers and soldiers, they are among the oldest units of the British Army and have fought with great distinction in nearly every major conflict involving soldiers of the United Kingdom since the 17th century. 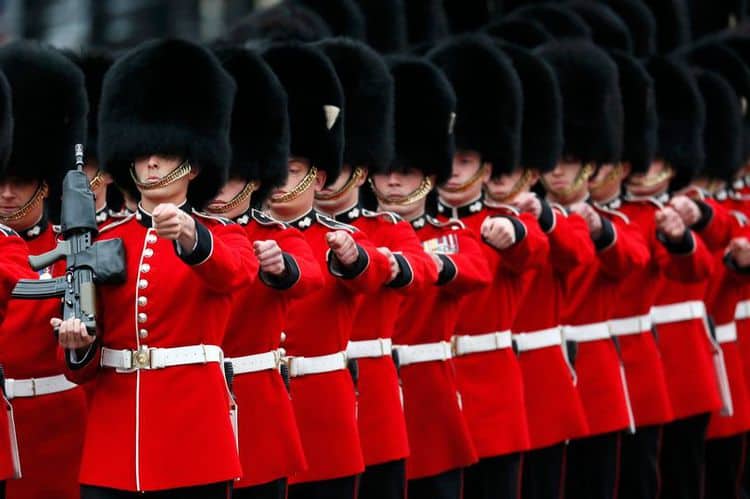 The Changing the Guard ceremony originally took place at the Palace of Whitehall which was the Sovereign’s official residence in London until 1689. Thereafter, when the Court moved to St James’s Palace, the ceremony took place there. After Queen Victoria moved into Buckingham Palace in 1837, The Queen’s Guard remained at St James’s Palace, with a detachment guarding Buckingham Palace, as it still does today.

Today, the main ceremony is conducted at Buckingham Palace. The strength of the Guard is governed by The Queen’s presence. If the Royal Standard is flying above the Palace, The Queen is in residence and the number of sentries is increased.

Upon arriving to watch changing of the guard, you will witness a sentry being  inspected by the Captain of The Queen’s Guard. This contingent then marches down The Mall towards Buckingham Palace preceded by a Band or Corps of Drums. 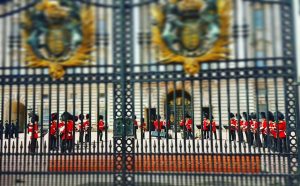 Ever wonder why the guards dress in those big caps? Following the Battle of Waterloo and the action in which they gained their name, the Grenadier Guards were permitted to wear the bearskin after battle. The bearskin should not be mistaken for the busby which is a much smaller fur cap worn by the Royal Horse Artillery and hussar regiments in full dress.

To see them up close as well as tons of other amazing sights in London, be sure to click here!