It’s not hyperbole to say that London is home to many of the world’s best museums. Venues such as the British Museum, Victoria and Albert Museum, Science Museum and Design Museum can justly lay claim to being the best in their field (and most of them are free too). But with so many famous institutions dominating the itineraries of tourists, it can be easy to overlook London’s cornucopia gems. Below is the Top Sights Tours guide for Best museums!

Retrace the history of humankind through the British Museum’s amazing collection of artefacts from all over the world. Access to the permanent collection – including highlights such as the Rosetta Stone and Parthenon sculptures – is free.

Wander through the spectacular halls of the Natural History Museum, as you discover fascinating exhibits from the natural world. Marvel at dinosaur skeletons or gawp at a giant blue whale model.

The Design Museum is the world’s leading museum devoted to contemporary design in every form: from furniture to graphics, and architecture to industrial design. Check out the regular exhibitions dedicated to the rich creativity found in all forms of design, and its importance to our world. Free entry.

London’s Cinema Museum is devoted to keeping alive the spirit of cinema from the days before the multiplex. The Museum houses a unique collection of artefacts, memorabilia and equipment that preserves the history and grandeur of cinema from the 1890s to the present day.The Museum is available most days for visits by guided tour but it is essential that these are booked in advance by phone or email. 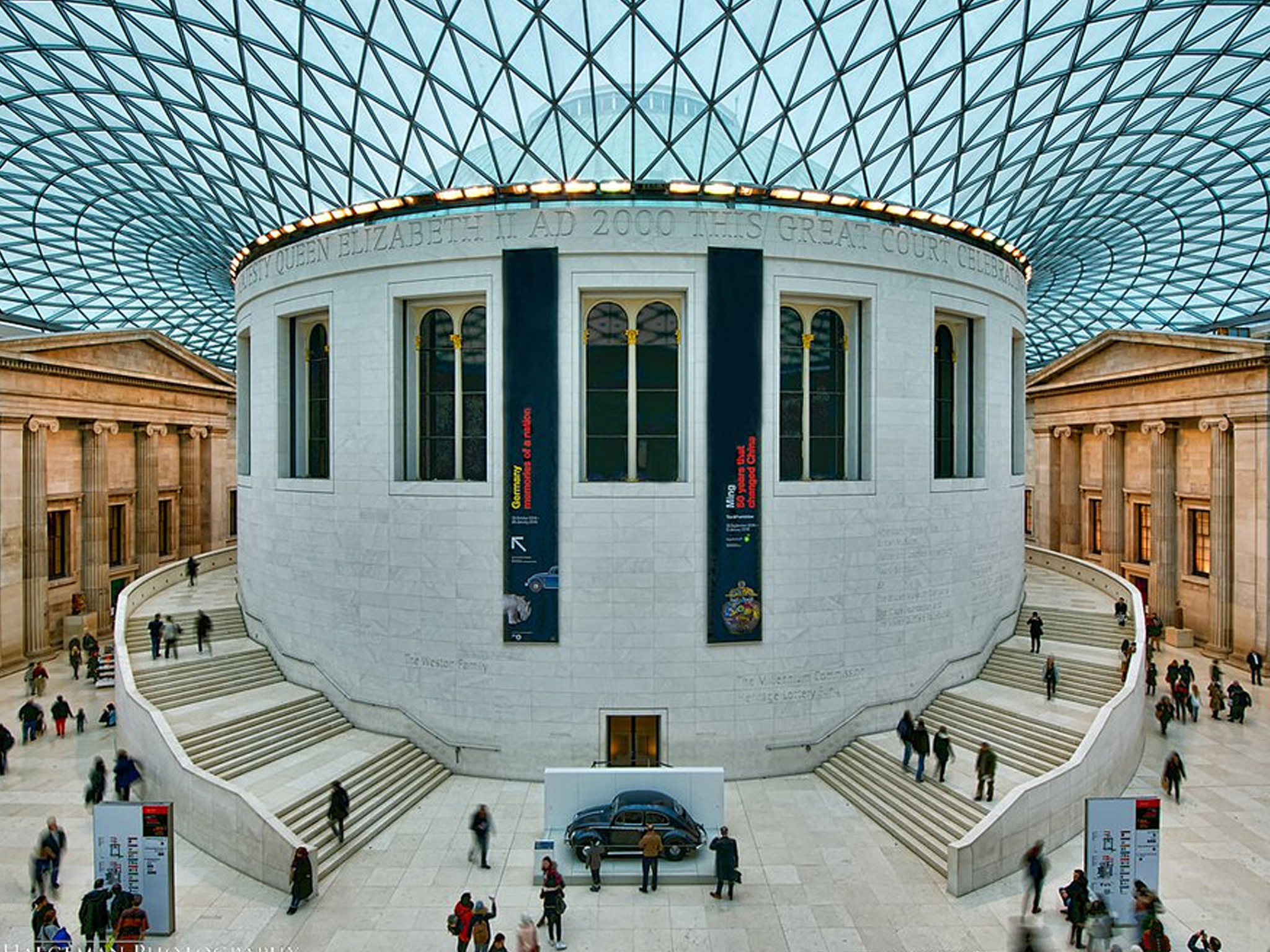 South Kensington’s V&A is one of the world’s largest art and design museums, and it’s arguably London’s most glamorous. (Just the building itself is well worth the visit: a glorious red-brick palace filled with sculptural details, extravagant tiling, and frescos.) The collection is helpfully broken down into topics—fashion, theatre, furniture, architecture—and all are comprehensive, usually spanning several hundred (if not thousand) years. Don’t expect to tackle more than one or two galleries per visit, and do check out the seasonal exhibition.

See how a power station has been transformed into London’s centre for modern and contemporary art atTate Modern. Find world-class paintings, photographs and performance art, embrace the stunning view of the river from the gallery’s cafe, and explore the newly-opened Blavatnik Building.

The history of the city is at your feet at the Museum of London. Enjoy the interactive displays and follow the evolution of London from prehistoric times, through the Middle Ages and the Victorian era, up to the present day.

Open only on Thursday evenings from 5pm-9pm the Genius Treasure Museum is a collection of strange objects and artworks found mainly in flea markets, objects saved from the bin. Sometimes funny sometimes sad the museum is a celebration of ordinary peoples creativity.

Visit the Royal Museums Greenwich and immerse yourself in the fascinating history of this UNESCO’s World Heritage site. The complex includes the National Maritime Museum, the Queen’s House, the Royal Observatory (incorporating the Peter Harrison Planetarium) and the spectacular tea clipper Cutty Sark.

From the future of space travel to asking that difficult question: “who am I?”, the Science Museum makes your brain perform Olympic-standard mental gymnastics. See, touch and experience the major scientific advances of the last 300 years; and don’t forget the awesome Imax cinema.

Built by William the Conqueror in 1066, this uncompromising slab of a building has been many things—including the site where Henry VIII ordered the execution of two of his wives. Now the Tower is most famous as the home of the Crown Jewels. Come, take a tour from one of the Beefeaters (offered every half hour), and gawp at the sparkling and the frightening alike

Trips to the Imperial War Museum should be obligatory for all world leaders—many of the exhibits are peace-inducingly harrowing. The collection is concerned with modern warfare, from World War I to the present day. Each of the 400-plus objects on display tells a story, usually one of grief. You’ll find the everyday details, letters, shoes, alongside bigger exhibits, such as the chunk of window from the World Trade Center.

Set in historic Maritime Greenwich, theNational Maritime Museum showcases Britain’s naval history, from sea battles to exploratory expeditions. See ancient maps and ship models, and don’t miss the iconic uniform Nelson wore the day of the Battle of Trafalgar.
Charles Dickens Museum
Charles Dickens’ novels come to life inside this elegant Georgian townhouse where the author lived for a handful of years. More than 100,000 objects—including original manuscripts, letters and portraits—that give an insight into the life of one of Britain’s favorite writers, while the blue dining room, with its elaborate gold curtains, is a highlight; the table set as if waiting for the Dickens family to come down for tea.

Visiting theV&A Museum of Childhoodis like being a kid again, for one day. Discover a wide collection of childhood objects from the 1600s to the present day: toys, games, dolls and more.
Churchill War Rooms
This underground lair, just around the corner from 10 Downing Street, is where Churchill spent endless hours plotting Allied victory during the Second World War. Come for the Map Room, which looks exactly as it did when the members of the War Cabinet abandoned it at the end of the war, and the Transatlantic Telephone Room, where Churchill had secret conversations with the US President. A tip: buy tickets online for fast-track access and go for one of the early morning slots.

ExploreSir John Soane’s Museum, the former home to the architect of the Bank of England. His historic residence contains a wide collection of paintings, architectural drawings and antiquities, plus the original sarcophagus of Seti.
Serpentine Galleries
There’s no permanent exhibition at the Serpentine, and the gallery shows just one exhibit at a time, usually by one contemporary artist. This focus means that visits here are far less frantic than at most museums, and with its location in the middle of Kensington Gardens, it’s the perfect gallery for those who might not typically be into galleries.
END_OF_DOCUMENT_TOKEN_TO_BE_REPLACED