Guide to The Globe

All the world’s a stage, especially at The Globe. For some 500 years, London has been a flourishing hotbed of theatre arts, filling the playhouses with the work of playwrights new and old. In terms of both drama and history however, nothing can compete with the Globe Theatre, a stunning replica of an Elizabethan playhouse that premiered many of Shakespeare’s best-loved works.Visit the reconstruction of Shakespeare’s historic 16th-century playhouse after reading these Top Sights Facts about one of the best play houses in all of London.

We’ll clear up one misconception straight away: Shakespeare never actually set foot in The Globe, despite it often being referred to as ‘Shakespeare’s Globe’. The Globe is a meticulously constructed replica of the original Globe Theatre,

The original Globe Theatre was built between 1597 and 1599 in Southwark on the south bank of London’s River Thames, funded by Richard Burbage and built by carpenter Peter Smith and his workers . The timber for The Globe Theatre was actually reused wood from “The Theatre” – an earlier theatre owned by Richard Burbage’s father. The Globe was built as a large, round, open air theatre. There was a roof around the circumference which covered the seating area, leaving the theatre looking like a doughnut from above, and the architectural style of The Globe was similar to the Coliseum in Rome, but on a smaller scale – other Elizabethan theatres also followed this style of architecture which were called amphitheatres. Shakespeare’s Globe Theatre is an open-air playhouse built as a reconstruction of the building where the great playwright penned many of his plays. The Shakespeare’s Globe Theatre Tour introduces visitors to all aspects of the Globe, historical and contemporary, including Sam Wanamaker’s epic struggle to recreate the theatre from the 1599 original. 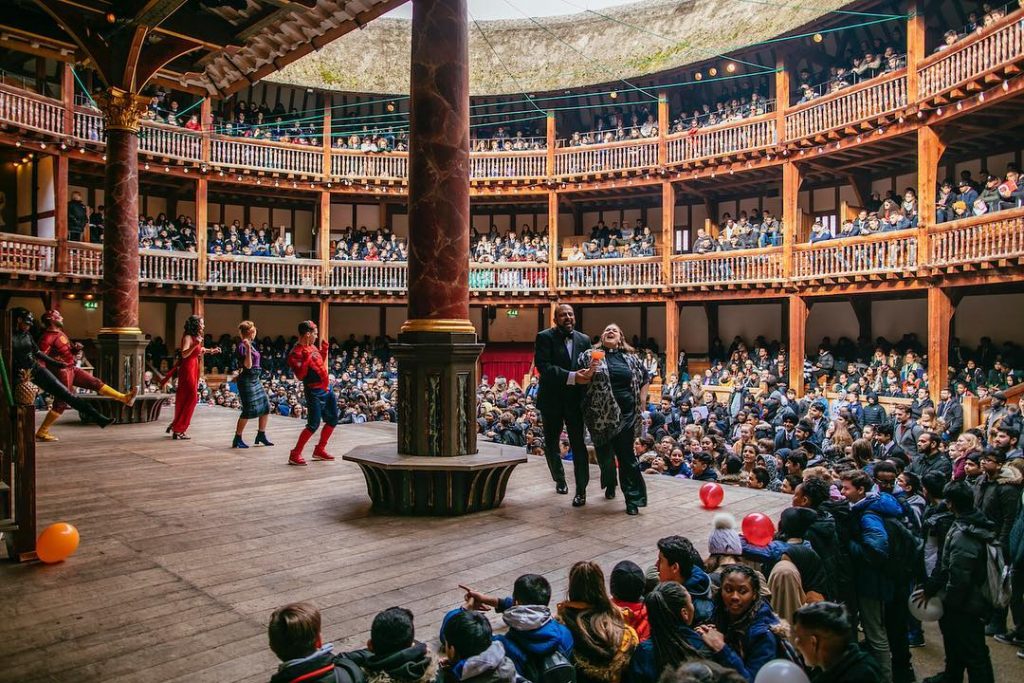 The modern version was the vision of legendary American actor and director Sam Wanamaker, who spent some 23 years researching, designing, and fundraising for the project. In1970 Wanamaker’s career took a dramatic turn after he was annoyed by the fact that while a number of replicas of the Globe Theatre existed in America, the actual site of the original in London was marked by only a plaque on a nearby brewery. He then made it his single-minded goal to restore an exact replica of the Globe to feature plays and a museum.

It became Wanamaker’s “great obsession” to restore Shakespeare’s Globe Theatre at its original location. And he secured financial support from philanthropists and fellow lovers of Shakespeare, such as Samuel H. Scripps, to see that it would be created.[4] Wanamaker then founded the Shakespeare Globe Trust, which raised well over ten million dollars

Sam made his home in England, revealing in many Shakespearean roles. His idea to reconstruct a New Globe Theatre took years to bring to life. Although people liked the idea there was a problem in obtaining the necessary finance to complete such a project. The New Globe History made a major leap when in 1969 Sam Wanamaker started actively campaigning to reconstruct a replica of the original Globe theatre as used by William Shakespeare. Sadly Sam died in 1993 so he died not see the inauguration of the New Globe Theatre. The events that lead to the inauguration are detailed in a timeline of the New Globe Theatre History

Horribly, he never saw it finished; work on The Globe was completed in 1997, some three and a half years after Wanamaker’s death. To commemorate his work, one of The Globe’s two theatres bears his name – the Sam Wanamaker Playhouse is a candlelit space inspired by the indoor playhouses of Jacobean London.

As the Globe Theatre has no roof, the shows have to consider all weathers when they conjure up the overall vision and how a story will be told. To ensure that the mood was created, actors would use drums to represent thunder, gunpowder and firecrackers to create crackling sounds, as well as cannonballs to make powerful sounds. The cacophony of sounds that came from early productions at the Globe were created through using resources around them.

Things to see at The Globe

Productions run throughout the year. This year, the summer season begins on April 23rd . The Globe really does go above and beyond in trying to accommodate all kinds of audience members with specific tweaks for accessibility in their theatre. They also run audio-described shows for those with declining sight, and relaxed performances for those with autism, learning disorders, or sensory and communication disabilities.  The theatre also offers a wide range of talks, including a fascinating Ask The Actor series, special events, poetry nights, and workshops.  The Globe’s ‘Read Not Dead‘ series gives actors one morning to rehearse a forgotten play, and then perform it in the afternoon in a laidback setting. The Read Not Dead ground rules are simple. Actors rehearse the play on a Sunday morning and present it, script in hand, to an audience later that afternoon.The performances are instinctive, adrenaline driven and inventive. Actors and audiences alike share in the excitement of reviving these forgotten plays that definitely deserve to be Read Not Dead. The Read Not Dead project is run by Shakespeares Globe and was launched in 1995 to stage readings with professional casts of all surviving plays that were produced between 1567 and 1642. This spring’s series includes an 18th century adaptation of Webster’s The Duchess of Malfi as well as plays by Beaumont and Marston.If you’re not here for a play, you can undertake a guided tour of The Globe, tracing the history of the theatre through a series of colourful stories. 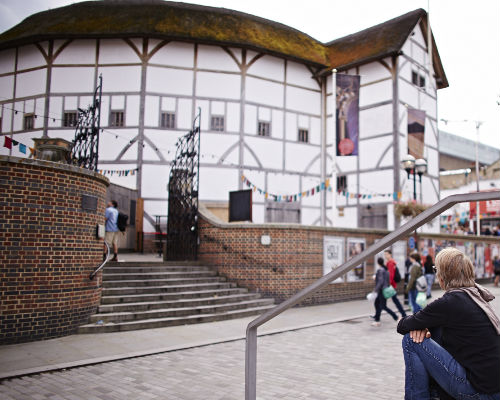 The Globe Theatre is open all year, with productions playing in the main auditorium from April to October and the Sam Wanamaker Playhouse from November to April. If you’re wanting to get into the mind and life of the talented British laureate, why not book your tickets now for a Shakespeare’s Globe Tour? Filled with information about Shakespeare, theatre and what it was like to go to the Globe in the 17th century, the tour will leave you wanting to recite Shakespearean passages to all your friends!

The Globe normally run a few special events around Shakespeare’s birthday (widely accepted to be April 23).